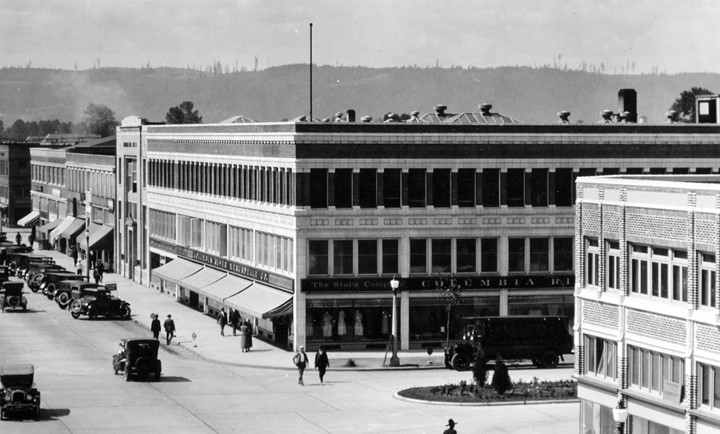 It was a grand time for a visionary. The economy was on a roll. Construction and transportation were booming. By 1921, the Long-Bell Lumber Company had grown from a single lumber yard to a large corporation with over 60 lumberyards, 5 sawmills, 6 subsidiary companies, a railroad system, and timber ownership of nearly 230,000 acres along with mining interests. 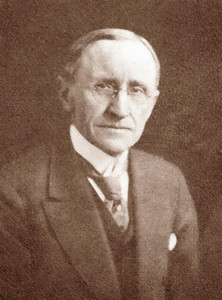 Born in 1850 on a Kentucky farm, R. A. Long took his work ethic seriously. At 25 years of age he opened his first lumberyard in a small Kansas town. He was the lumber handler, salesman, office staff, and manager. By 1904, 4,000 people were working for Long-Bell. By 1907, R. A. Long had built a new home which was Kansas City's first million dollar home. By 1914, He had built the "World's Most Beautiful Farm outside Kansas City, Missouri. The farm featured its own telephone system, power plant, water system and 7 miles of road with 25 miles of white wood fencing. By 1920, the Longview Farm sold over $260,000 in produce. All four departments: Jersey Cattle, Duroc-Jersey Swine, Hot House Flowers, and American Saddle Bred Horses showed an income increase, with the saddle bred horse operation doubling their income. One story farm employees enjoy telling was about the Long's new Rolls Royce touring car. Dissatisfied with its handling, R. A. Long stored the new car at the farm, never to drive it again. Eventually, farm employees removed the engine to power an irrigation pump.

At 73 years of age, R. A. Long drove the Company's expansion West. By 1923, the planned city of Longview emerged from the Columbia River bottom lands. Their move West was essential in securing vast timber holdings, plentiful labor, a deep water port, and market opportunities to the pacific rim countries. Longview would become home to the world's largest lumber mill turning· out one million board feet of lumber each day. R. A. Long's philosophy toward labor was apparent. The planned city was to provide all the comforts that go with "southern hospitality." A power generation plant, dikes to control flooding, streets, water and sewer system, houses, hotel, company store, bank, railroad, library, schools, YMCA community center, and churches were all efforts to provide workers the good life. It didn't come cheap. The final price tag rose to nearly $50,000,000. Longview would become the only "planned City" of this magnitude constructed during the 1900's, second only in size to the planned city of Washington D.C.

Until his death in 1934 at the age of 83, R. A Long was the driving force behind the giant Long-Bell Lumber Company. A man of vision, a risk taker, and a builder, he surrounded himself with highly competent managers, engineers, and architects, like Samuel Mark Morris, J. D. Tennant, J. C. Nichols, George Kessler, S. Herbert Hare, Wesley Vandercook, and Fred Bannister. Those years following Long's death proved difficult for the giant company. The Great Depression, global conflict during the 1940's, changes in !he forest products market, and an aging management placed economic hardships on the giant lumber company. The Long-Bell Store & Office Building (the Merk) sold to Allied Stores (Bon Marche) in 1950. By 1957, remaining Long-Bell operations had merged with International Paper.